Abstract. This thesis works towards a micro-theory of metaphor within the ontological semantics framework. It does so using a parameter-based system modeled roughly after Attardo and Raskin’s (1991) general theory of verbal humor. At the same time, it tries to convert Lakoff and Johnson’s (1980) observations about metaphor and conceptual networks into a theory defined against a formal ontology. The first chapter deals with the nature of a theory of metaphor and how a parameter- and ontology-based approach compares to other (informal) theories of metaphor. The second chapter deals with identifying and informally explaining the parameters of metaphor. These are the distinctive features by which we can track the changes which metaphor creates in the underlying conceptual network / ontology, which in turn causes metaphoric expressions to appear on the surface. The third chapter attempts to order the relations between these parameters. The ultimate goal of a computational model of metaphor is to explain the metaphoric relationship between any two concepts whose connection exists in the conceptual system (formalized in the ontology) rather than in external reality (which the conceptual system otherwise models in “literal” language). The input to such a model will be the two concepts (Target and Source) and the method of reconstructing their metaphoric relationship will depend in a large part on precisely defined relationships between the parameters. This thesis does not offer such a definition, but it does set-up the theoretical foundations which such a system must rest upon, does identify the relevant parameters, and does provide an informal and initial ordering, all as steps toward a complete computational model. 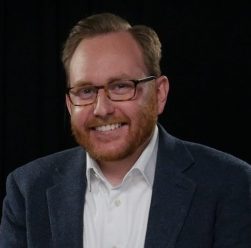